In general the working day in Spain is split into two halves, the day commences at 9am until 2pm and 5pm to 8pm, with the famous “siesta” in between. Like elsewhere in Europe, the working week runs from Monday to Friday, except in hospitality and retail (see below).

Confused about the accounting and fiscal system here in Spain?

Download our FREE guide to find out how Perez Legal Group can help you. 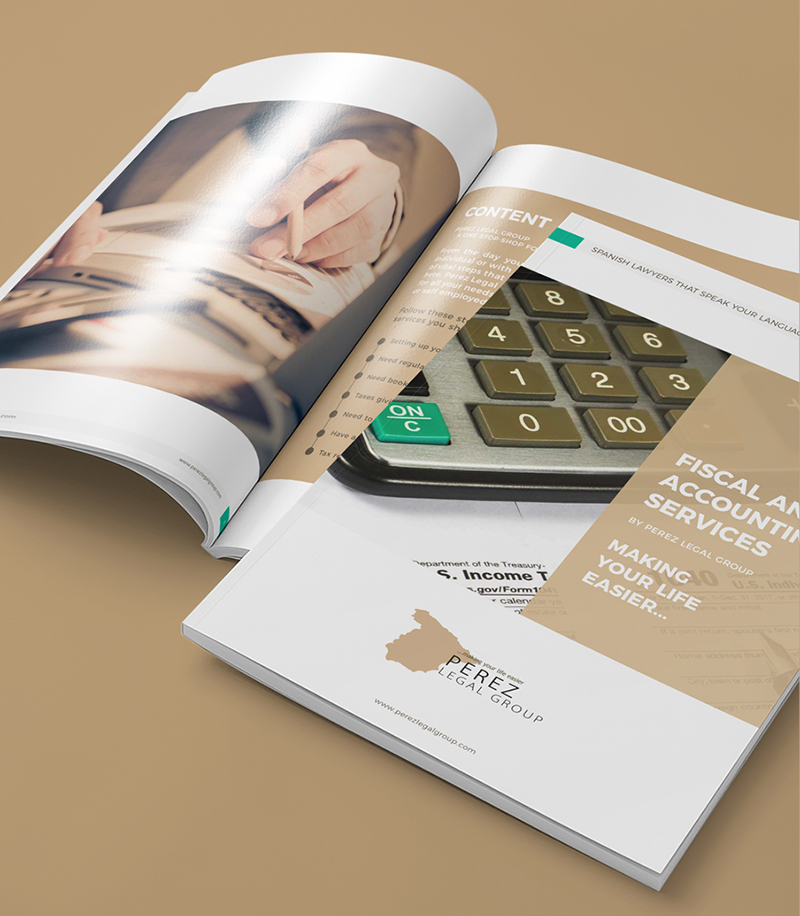 However, Spain is a large country and you can expect some variation, for example in Southern Spain where it is hotter, the siesta can often be a little longer and shops may not open again until 6pm in the evening. As a Catholic country, Sundays are observed as a holiday in Spain.

Today, particularly in these trying economic times, some businesses have chosen to forego the traditional siesta in order to compete with the rest of Europe.

Shopping hours in Spain vary considerably depending on the region, city or town and the type of shop.
There are no statutory closing days or hours for retail outlets, except in Cataluña where shops must close by 9 pm. Large shops must open on a minimum of 8 Sundays and public holidays a year, but the actual number depends on the region. Most regions have opted to open on 8 public holidays only except for Murcia where shops open on 12 Sundays and public holidays a year and Madrid with a record 20 public holidays. Shops located in zones of great tourist influence can apply to open all year round, not just during the summer months.

A big surprise for many foreigners is the long afternoon siesta, when most small shops close from 2pm until 5pm. Apart from department stores and many large supermarkets, there is no such thing as afternoon shopping in Spain. Foreigners are often divided over Spain’s shopping hours, some seeing them as an inconvenience, others as a bonus. Many people actually find they prefer to shop in the evening when they get used to it.

Restaurants for obvious reasons tend to operate on a different timetable to other businesses, usually opening around 1pm for lunch and closing again until 4pm. Opening again for in the evenings at around 8pm until midnight and beyond.

Cafes have different business hours from restaurants, as they tend to open early in the morning to catch the breakfast trade, often staying open all day and into the evening.

Hours of business for government offices in Spain can vary. In some cases they may only open in the morning, especially during the summer when they start earlier and finish around 2pm.

Download the FREE Guide to Taxes for Non-Residents in Spain, written by Raquel Perez, owner of Perez Legal.

Are you buying a property?

Then you need to know the process. Download the FREE Guideline Procedure for Purchasing a Property.

Confused with the legalities of buying a home?

Get an overview of what is involved by downloading the FREE Guide to Selling Your Spanish Property Legally.

Do you need help planning for the future?

Find out more information on the inheritance system here in Spain by downloading the FREE Inheritance Services book.

Do you pay taxes?

Download the 2019 Tax Payer´s Calendar to find the dates you need to submit your tax declarations.

This website uses cookies to improve your experience while you navigate through the website. Out of these, the cookies that are categorized as necessary are stored on your browser as they are essential for the working of basic functionalities of the website. We also use third-party cookies that help us analyze and understand how you use this website. These cookies will be stored in your browser only with your consent. You also have the option to opt-out of these cookies. But opting out of some of these cookies may affect your browsing experience.
Necessary Always Enabled
Necessary cookies are absolutely essential for the website to function properly. This category only includes cookies that ensures basic functionalities and security features of the website. These cookies do not store any personal information.
Non-necessary
Any cookies that may not be particularly necessary for the website to function and is used specifically to collect user personal data via analytics, ads, other embedded contents are termed as non-necessary cookies. It is mandatory to procure user consent prior to running these cookies on your website.
SAVE & ACCEPT
MAKING YOUR LIFE EASIER: FREE UK number: 0 20 36 95 23 30 | +34 952 833 169 | info@perezlegalgroup.com |